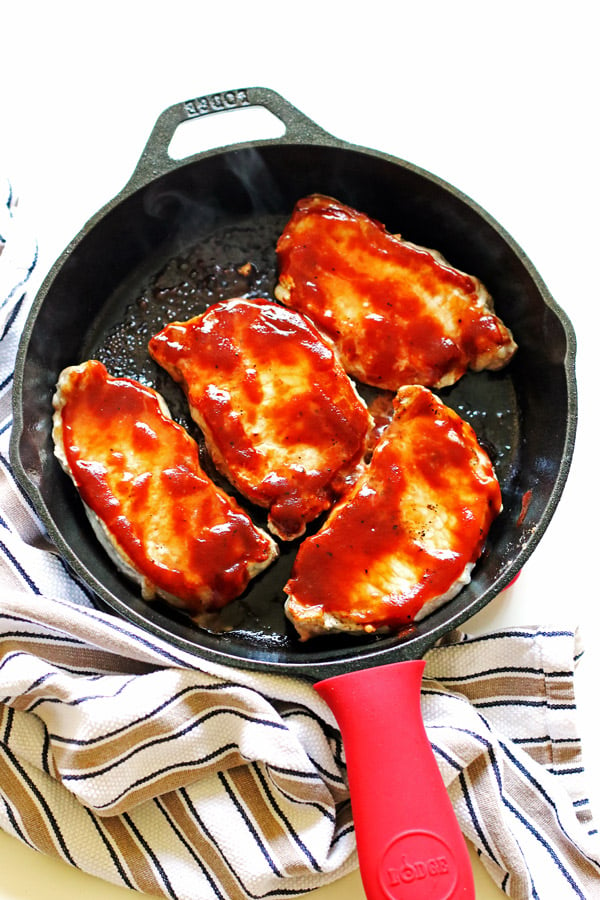 This recipe for Barbecue Pork Chops is cooked on the stove top in a cast iron skillet, but tastes as if they were just grilled in your backyard.  And this recipe is quick and easy to make which you will love.

Summer is just around the corner here in New York.  So of course we want to cook more often on our grills.  But here is the thing, I am not grill savvy.  There is just something about it so my husband is the grill master in our house.  But sometimes on days he plans on grilling dinner, he gets stuck in traffic and I have to make dinner.  Like with these barbecue pork chops…so I made them this way and they turned out great!

They are so simple to make in a cast iron skillet

.  I love my cast iron skillet!

Here’s how you do it…

Preheat your cast iron skillet on medium heat.  While that is preheating, rub your pork chops with the olive oil. I did this instead of pouring the oil into the skillet to cut down on the splattering of oil that can happen.  You will still get some oil splatter, but by rubbing the oil on to the pork chops, it will be less.  Then season them on both sides with a little salt and pepper.

Once you have the skillet hot, place the prepared pork chops into the skillet.  Cook them for 7-8 minutes and then flip them.  Once they are all flipped over, pour some of your favorite barbecue sauce over them, letting it drip down a little on the sides.  The amount of sauce you use it up to you.  I usually put enough on the lightly cover the pork chops and a little down the sides.  That’s why it is an approximate amount suggested in the recipe. Let them cook an additional 7-8 minutes.

If you have a meat thermometer 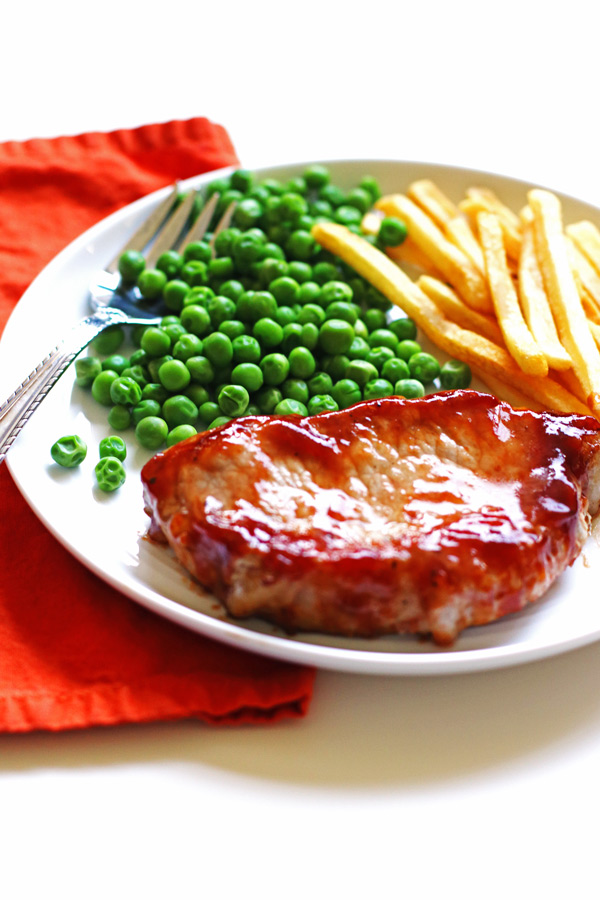 If the oil splattering is something you would like to avoid, you can cook them in the oven instead.  Just preheat your cast iron skillet in the oven at 350 degrees.  Then place the prepared pork chops in the heated skillet and let them cook for 20-25 minutes.  Again, if you have a meat thermometer, you can check to make sure they are done.  The internal temperature should be 145 degrees.

This goes great with a side dish of veggies and if you like potatoes, I have two easy and delicious potato recipes that would go great with these pork chops for you to try.

One recipe is for these delicious Oven Roasted Rosemary Potatoes.  This is a favorite recipe in my house, for sure.

The other potato recipe that would be so good with these pork chops is for Baked French Fries.  They take just a little bit longer to make than using store bought French fries, but so worth it.  They take about 15 minutes to prepare. 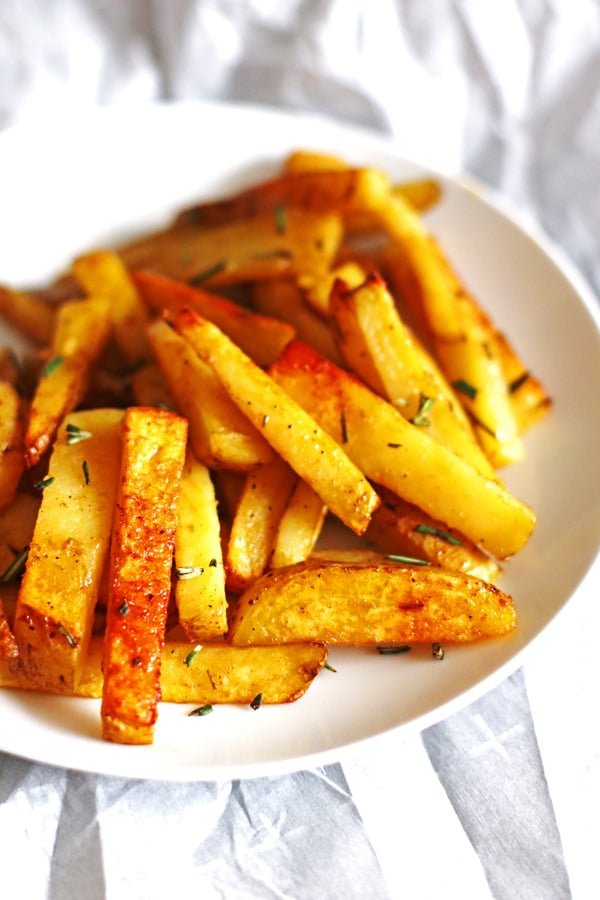 Or, if you are short on time, you can always just throw some French fries in the oven.

is the best thing to clean the pan with.  You just need to do it when the pan is warm or add some warm water in there and scrub it clean.  The food comes out very easy.  After you dry the pan, lightly coat your skillet with olive oil and it is ready for the next recipe you make!

Let me know in the comments below how you like the pork chops…and/or potatoes.  Love hearing from you!

Have a great day!

This post is not sponsored, but you will find affiliate links on this page.  The price you pay as a consumer does not change, but I may make a small commission based on your purchase.   Thank you for supporting Jeannie’s Tried and True Recipes!

These delicious Barbecue Pork Chops can be made quickly in your cast iron skillet.

You can also cook the pork chops in the oven.  Just preheat you oven to 350 degrees.  Place your cast iron skillet in the oven while it preheats so that the skillet preheats as well.  Rub the pork chops with olive oil and season them with salt and pepper before placing them in the preheated skillet.  Cook them for 20-25 minutes (do not need to flip them).  Add the barbecue sauce at the end, at the last five minutes.  You can check them with a meat thermometer if you prefer.  The temperature should read 145 degrees once done.